A list of Online Sources for learning more about Pulmonary Fibrosis

Initial Devastation. A diagnosis of one of the Interstitial Lung Diseases usually called Pulmonary Fibrosis - IPF (= Idiopathic (no known cause) Pulmonary (lung) Fibrosis (scarring) will do that to you and your loved ones. Doctors usually have a tough time breaking the news and many rely on grim statistics and your ability to go online and discover more about it yourself. Remember they are human too. The internet will give you the cold information on Idiopathic Pulmonary Fibrosis, Usual Interstitial Pneumonia, Farmers Lung, Interstitial Pneumonitis, Stiff Lung Disease, Hammond-Rich, Cryptogenic Fibrosing Alveolitis, and about 150 other types. Sadly, much of that information is old.﻿

The Immune Works web site has a very short but informative set of two online videos ("The Role of Collagen V Auto-Immunity in the Pathogenesis of Idiopathic Pulmonary Fibrosis" and "Antigen-Specific Strategies for Treating Auto-Immune Disease: Oral Tolerance") talking about IPF. 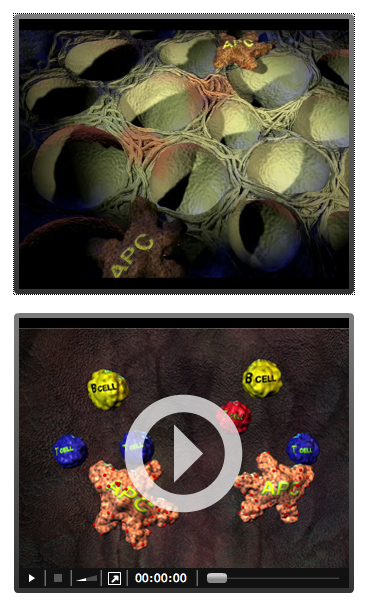 ImmuneWorks was formed in 2006 to research and develop treatments for serious autoimmune diseases of the lung. Led by founders David Wilkes, MD; Michael Klemsz, PhD; Ronald Meeusen, PhD; and President and CEO Wade Lange, the company has made a scientific discovery that ImmuneWorks is developing as potential therapies and diagnostic products for idiopathic pulmonary fibrosis (IPF) and lung transplantation.

What is Pulmonary Fibrosis?

Patients and family members often call the Pulmonary Fibrosis Foundation with the news they have just been diagnosed with Idiopathic Pulmonary Fibrosis, or IPF, oftentimes feeling frightened, confused and concerned. Most patients find themselves totally frustrated by the lack of available information on IPF. Physicians often don’t have the necessary time to explain to their patients all the details of the disease or help the patients deal with the trauma of being told that he/she has an illness for which there is no cure.

Secondly, the terminology concerning these diseases is often confusing to patients. IPF is a specific disease within a classification of diseases referred to as interstitial lung diseases (ILD). IPF implies that there is no obvious or discernible etiology, thus it is called “idiopathic”. If there is a clear association with another disease such as scleroderma or rheumatoid arthritis, or a side affect resulting from of drug an individual may have been prescribed, then the cause of the disease is no longer considered idiopathic. In such situations the disease would be referred to as pulmonary fibrosis secondary to scleroderma, or secondary to rheumatoid arthritis. As we learn more about the genetic and peripheral biomarkers of IPF, new, more precise terminology may develop.

The mission of the Pulmonary Fibrosis Foundation (PFF) is to help find a cure for idiopathic pulmonary fibrosis (IPF), advocate for the pulmonary fibrosis community both locally and in Washington, D.C., promote disease awareness, and provide a compassionate environment for patients and their families.

Pulmonary fibrosis is a disease marked by scarring in the lungs. Tissue deep in the lungs becomes thick, stiff and scarred. The scarring is called fibrosis. As the lung tissue becomes scarred, it interferes with a person's ability to breathe.

No one knows what causes pulmonary fibrosis or why some people get it. It causes the lungs to become scarred and stiffened. This stiffening may make it increasingly difficult to breathe. In some people the disease gets worse quickly (over months to a few years), but other people have little worsening of the disease over time.

The condition is believed to result from an inflammatory response to an unknown substance. "Idiopathic" means no cause can be found. The disease occurs most often in people between 50 and 70 years old.

PubMed Health is a consumer health Web site produced by the National Center for Biotechnology Information (NCBI), a division of the National Library of Medicine (NLM) at the National Institutes of Health (NIH). PubMed Health provides up-to-date information on diseases, conditions, injuries, drugs, supplements, treatment options, and healthy living, with a special focus on comparative effectiveness research from institutions around the world.

What Is Idiopathic Pulmonary Fibrosis?

Pulmonary fibrosis (PULL-mun-ary fi-BRO-sis) is a condition in which tissue deep in your lungs becomes thick and stiff, or scarred, over time. The development of the scarred tissue is called fibrosis.

Pulmonary fibrosis harms the tissues deep in your lungs. The air sacs in your lungs and their supporting structures become scarred and make your lungs thick and stiff. That makes it hard for you to catch your breath, and your blood may not get enough oxygen.

One cause of pulmonary fibrosis is interstitial lung disease. Interstitial lung disease is the name for a large group of diseases that inflame or scar the lungs. Pulmonary fibrosis is also associated with some connective tissue diseases. It can be a side effect of a medicine. Sometimes no one knows the cause of the disease. Smoking can boost your risk or make your illness worse

MedlinePlus is the National Institutes of Health's Web site for patients and their families and friends. Produced by the National Library of Medicine, it brings you information about diseases, conditions, and wellness issues in language you can understand. MedlinePlus offers reliable, up-to-date health information, anytime, anywhere, for free.

"Fibrosis" is a term used to refer to scarring, so pulmonary fibrosis means scarring throughout the lungs. Pulmonary fibrosis can be caused by many conditions including chronic inflammatory processes (sarcoidosis, Wegener's granulomatosis ), infections, environmental agents (asbestos, silica, exposure to certain gases), exposure to ionizing radiation (such as radiation therapy to treat tumors of the chest), chronic conditions (lupus, rheumatoid arthritis), and certain medications.

Pulmonary fibrosis is the formation or development of excess fibrous connective tissue (fibrosis) in the lungs. It is also described as "scarring of the lung".

WHAT IS PULMONARY FIBROSIS?

Pulmonary Fibrosis (PF) is a debilitating disease-marked by progressive scarring of the lungs-that gradually interferes with a person's ability to breathe. Pulmonary Fibrosis belongs to a family of approximately 100 related diseases, called interstitial lung diseases, which have similar characteristics and can result in lung scarring. This scarring is most often referred to as pulmonary fibrosis.

Your doctor may have referred to your condition by one of a number of names that are sometimes used to describe Pulmonary Fibrosis. This confusion may be due, in part, to similarities between Pulmonary Fibrosis and the other forms of interstitial lung disease. Only since 2001 has Pulmonary Fibrosis been recognized as a distinct clinical disorder, meaning that specific clinical criteria were developed to determine a diagnosis. Your physician combines clinical information derived from a medical evaluation and certain diagnostic tests to diagnose Pulmonary Fibrosis according to these criteria.

The Coalition for Pulmonary Fibrosis (CPF) is a 501(c)(3) nonprofit organization, founded in 2001 to accelerate research efforts leading to a cure for pulmonary fibrosis

The scarring associated with pulmonary fibrosis can be caused by a multitude of factors. But in most cases, doctors can't pinpoint what's causing the problem. When a cause can't be found, the condition is termed idiopathic pulmonary fibrosis.

The lung damage caused by pulmonary fibrosis can't be repaired, but medications and therapies can sometimes help ease symptoms and improve quality of life. For some people, a lung transplant might be appropriate.